First and foremost- GO RED DEVILS! The World Cup is in full swing over here and we are soaking it all in as newly christened members of the fan club after Belgium’s victory over Brazil in the quarter finals on Friday. We have been regularly watching the World Cup matches from our apartment since we arrived, but decided it was time to head to the real party for this match. After our full-day apartment search on Friday, we walked to the City Center to meet friends for dinner and watch the match at a very packed O’Reilly’s Irish Pub. Fortunately they were more than willing to share their face paint with us because we did not come prepared with our soccer jerseys, scarves, leis, hats, devil horns, etc… The City Center was definitely the place to be for the match because the bars were packed with plenty of Belgian fans and a few Brazil supporters clustered together in the mix. O’Reilly’s erupted for each of Belgium’s two goals in the first half, but we’re still trying to figure out some of the chants.

Following the match, we stopped at a hole in the wall (literally we followed a small alley to enter the bar) for another drink before calling it a night.  The streets were still packed with people celebrating and cars honking… that was until we got back to our side of town. We’ve confirmed that we are currently residing in a more residential area as the “celebrations” here were nothing compared to the wild City Center.  We’ll be donning our new gear, or at least wearing red, come Tuesday when Belgium plays France in the semi-finals.

On a tamer note, we also started work at the beginning of this week which for me meant my first time back at the office in almost a month! It also meant that we have fully immersed ourselves in the daily work commute. We’re told that the traffic is very light right now as many people are on holiday- I’m glad to know that we’re getting good practice on the roads before things get crazy, but also very concerned for what that will mean when everyone is back driving.

Both Dan and I got our share of driving this week which meant plenty of time getting acquainted with the roads and relying heavily on our GPS. On one of the days where we drove separately into the office, Dan’s GPS took him on a little morning adventure.  We think that in an effort to avoid traffic, Google Maps wanted him to take a short cut through a tunnel that had a guarded gate at the entrance.  When Dan pulled up to the guard and showed him where he was trying to go on Google Maps, the guard laughed and told him he understood, but that he couldn’t go that way to get to the office. Dan’s description of the guard’s reaction leads me to believe this isn’t the first time this has happened to someone.

In addition to learning to rely heavily (and blindly on GPS), here are a couple other things I’ve learned about driving in BE.

Meanwhile parking on the street is a whole other area that I have not yet accomplished. I have a feeling that is going to take a while to figure out and until then I’m going to celebrate my new-found confidence in my driving to parking structures where I am less likely to get a ticket.

We gave our car brakes a reprieve and headed out to the Bois de la Cambre and the Sonian Forest on the south side of Brussels on Saturday afternoon to spend some time walking around and enjoying yet another sunny day just outside the city. I’m dreading the day it starts raining here and doesn’t stop, because we have been so told over and over how spoiled we are to have such nice weather day in and day out and that it won’t last forever. 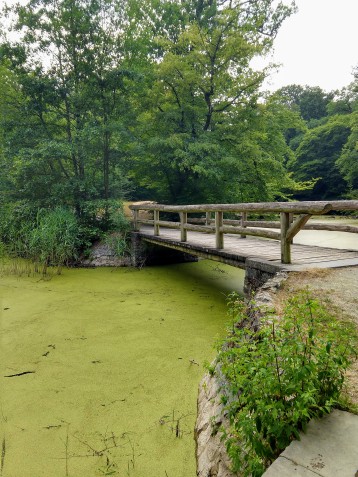 The trails in Bois de la Cambre and Sonian Forest 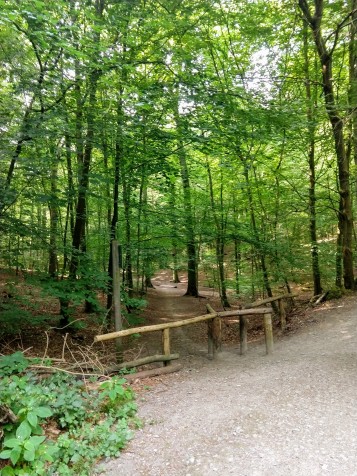 The trails in Bois de la Cambre and Sonian Forest

We’ve also started planning some upcoming trips and are looking forward to a summer road trip through western Germany in a few weeks, and hopefully a shorter trip to Switzerland as well.