Belgium’s “spring forward” arrived at the end of March, and with the brighter and longer days there seemed to be a collective recognition of favorable times ahead. Headlines have also emerged in the past week indicating that some European countries are preparing to ease lock down restrictions. Where infection rates have decreased, countries like Austria are rolling out plans for a step-by-step reopening while incorporating certain restrictions and maintaining limits on group gatherings and international travel. Belgium will review its own lock down measures next week, but it sounds like an extension of the lock down into early May is a likely outcome. Small tidbits of positive news are reassuring but are intertwined with the reality that collectively there is going to be a lot more struggle to return to “normal”.

What I’m also realizing is that while there remains a lot of uncertainty, I can seek inspiration and motivation through alternative creative outlets. I’m cooking different cuisine and learning to appreciate that sometimes it won’t turn out like I expect. Slowing down has allowed me to be mindful of little details like the Hungarian butcher shop just up the road that has been here all along, but which I am only now noticing. I recognize that we all find joy in doing different things, having different thoughts, and living different experiences but I’ll continue to share some of the small ways I’m finding inspiration. 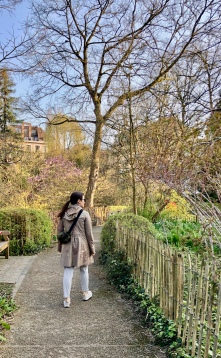 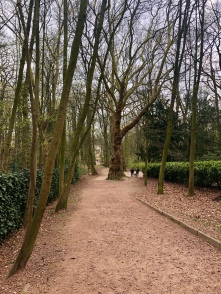 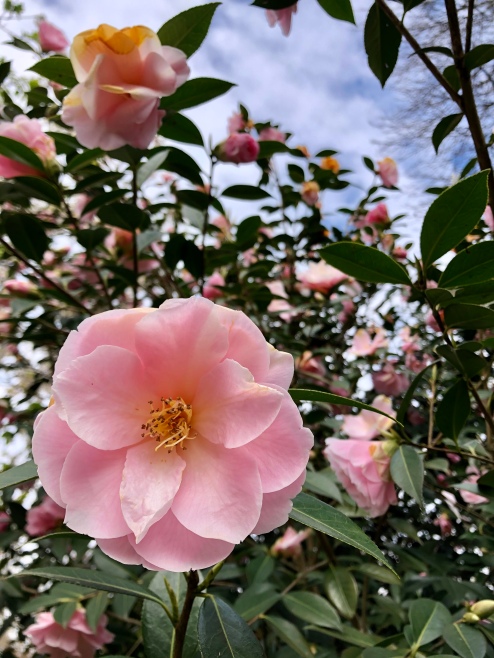 In my previous recap, I talked about us creating our own Prague Day in honor of the trip that we wouldn’t be taking and the half marathon race we would not be finishing. While our Brussels Sonian Forest run was by no means our fastest or most successful “race”, I would call our ventures in the kitchen cooking up Czech inspired cuisine to be a success. Our meal consisted of a delicious pork loin with potatoes and cabbage, followed by homemade potato dumplings filled with raspberries and pear compote. If you’re thinking that sounds like a lot of potatoes in one meal, you would be correct. That did end up being a little too much potato for one meal. I was really pleased with the pork loin and vegetables, but we learned some valuable lessons after making the dumplings way too large and not putting enough of the sweet filling inside. I think it took us close to two weeks to finally finish the leftover dumplings.

Pork loin and potato dumplings for our Czech inspired meal

Even while our feet are firmly planted in Brussels, I found that our destination-inspired menu gave me an opportunity to acquaint myself with an unfamiliar culture and partake in a new experience from home. I think this may just become a recurring series I share on the blog! I’m envisioning the menus being tied to a specific city or region that we have visited, would have visited, or are still hoping to visit. Given the current quarantine shopping conditions, the dishes may require some adaptations. Consider our Czech menu meal number one of my Quarantine Cuisine series. Valencian paella and bunyols (Catalan doughnuts) are up next this week, followed by a Budapest inspired menu for Easter– we were supposed to be travelling there this weekend. Stay tuned for the successes and failures to come!

Quarantine adapted workouts seem to be another recurring theme on here. Since outdoor exercise that respects social distancing guidelines continues to be permitted, I enjoyed a solo bike ride deep in the Sonian Forest where I met some hungry sheep and had mostly empty trails to pedal as I pleased. I also took advantage of an empty Bois de la Cambre park to create a combo running and strength training workout using a tree stump (see video below) – it’s hard not to laugh as I type that. 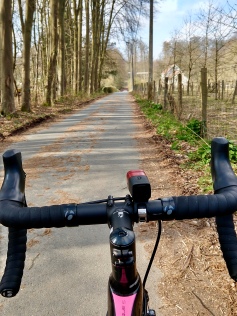 Out on a ride in the Sonian Forest

Sheep spotted while on my ride

I’ll admit that I did make the mistake of going for a run in the middle of the day on Sunday which is when the park seems to be at its most crowded. I normally go to the park in the mornings when there are few people and it’s easy to maintain a respectful distance. I tried to pick a less crowded path and swerve spaciously around other people, all the while trying not to exhale too forcefully when I got close to someone. I know that adding another person to the already congested park paths was not smart and will avoid making the same mistake for the foreseeable future.

Over the weekend we went on a social distancing acceptable walk to get exercise in Parc Brugmann and Parc de Wolvendael. These parks aren’t far from our apartment but are in the opposite direction of city center, so we haven’t spent as much time in their vicinity. I tend to notice monuments and plaques when I’m out walking, and on this particular trip, I made note of the names of Marie Depage and Edith Cavell after finding two streets named after them, as well as a plaque for Marie Depage. I did some research back at home and learned that Depage and Cavell were Belgian and British nurses, respectively, who worked together at Berkendael Medical Institute in the Brussels neighborhood of Uccle. Both women served in different capacities as nurses during WWI before being killed – Depage died when the Lusitania sank while Cavell was executed by German forces for aiding Allied soldiers in their escape from German-occupied Belgium. We may not be able to travel, but I’m still just as interested in local history and culture. 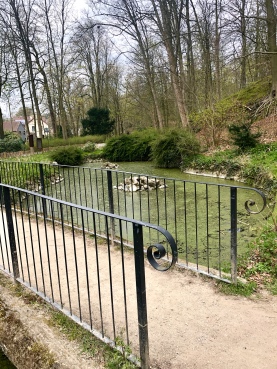 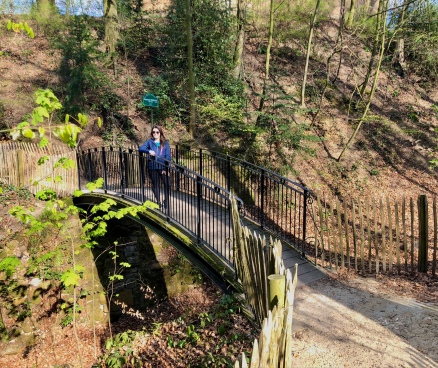 As we were returning from our walk and approaching our apartment, we noticed a wine and beer wholesaler with an open door and plenty of space to browse his selection of brews in a sanitary and spacious way. Looking to replenish our stock and happy to forgo another grocery store trip, we stopped in and grabbed a few bottles of beer to carry home. 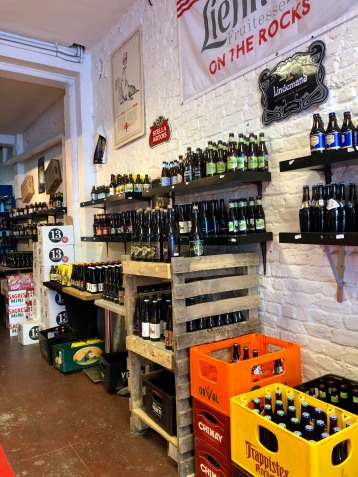 How much can we carry home?

Fortunately, we don’t have to drink alone thanks to digital happy hours with our fellow ex-pat friends that also allow us to connect and share our perspectives on the shut down and quarantine while conversing about who is drinking which Belgian beers.

My staged aperol spritz ahead of our virtual happy hour

I created a beer taste testing for Dan where I challenged him to identify the type. He did pretty well!

I am grateful to have access to friends and family through the digital sphere, but I also miss my usual human interaction and connection with people in Brussels and those who we would be meeting during our travels. I have been trying to counteract that by accepting what I cannot change and recognizing the value in looking at things from a different perspective, especially when it challenges my own comfort. Although we won’t be celebrating Easter in person with our family or welcoming visitors to Brussels, as was the case last year, I am looking forward to finding other ways to connect through a virtual church service, unique Easter dinner menu, and catching up with family on a Facetime call.

Instead of watching Tiger King, I decided to put my “artistic” skills to work and create this homemade sign for our apartment window
50.850346 4.351721
Brussels, Belgium